The following article is included in v1.5 of Change in a Box. It introduces the story of Marcus Rashford, free school meals, and using social media to drive change.

The millennium began a new chapter of human history. As people celebrated, they wondered what the next thousand years might bring. The ten years that followed brought some of the most significant changes the world had ever seen. It was a decade of terror, technology, and progress.

Americans elected their first black president, and scientists made breakthroughs in human DNA. Google and Amazon were just getting started and the first iPhones went on sale. Our attention was captured by the music of Britney Spears and Lady Gaga for the first time – and the first-ever video was uploaded to YouTube. Now anybody could take a shot at fame and fortune – and be seen across the globe.

It was also a decade of fear. Two passenger planes crashed into the World Trade Centre in New York. Britain invaded Iraq, and America invaded Afghanistan. The Doomsday Clock, which measures how close we are to global disaster, would later be set at just two minutes to midnight.

IN 2002, A BOY KICKED AROUND A FOOTBALL IN MANCHESTER. HE WAS JUST FIVE YEARS OLD, WITH THE TECHNOLOGY, FEAR, AND FAME OF THE DECADE STILL TO EXPERIENCE. 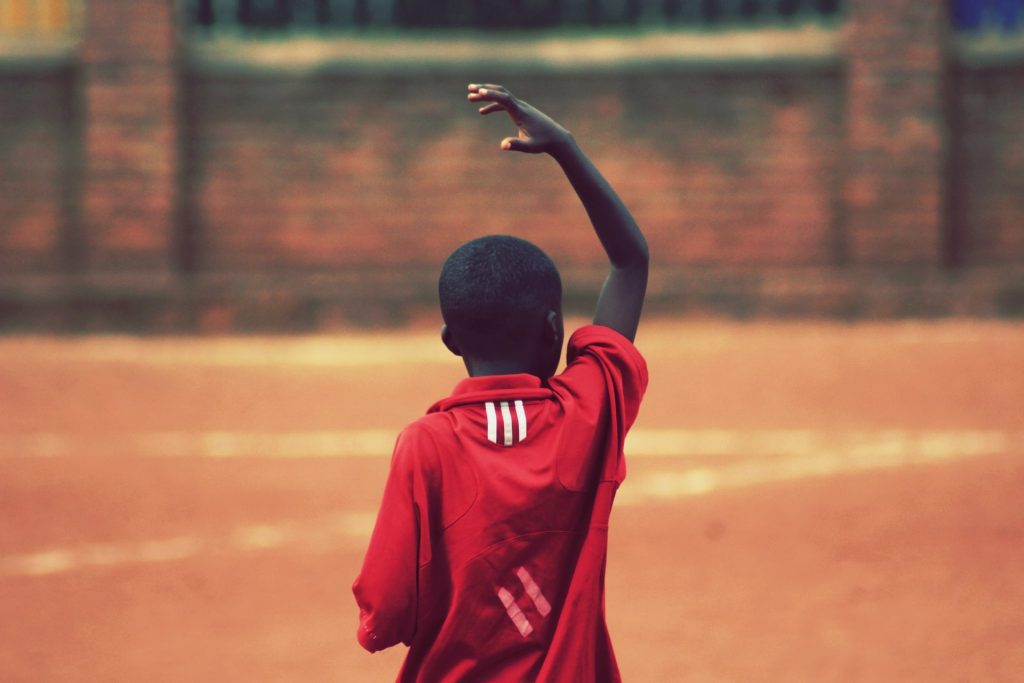 A FUTURE IN FOOTBALL

His family didn’t have a lot of money, and his mum worked full time to make sure her children had food to eat. Children like him could get a free meal at school, to stay healthy and help them focus on classwork.

The first free school meals were given to children in Manchester over 100 years ago, and became law in 1944. These meals are still vital for many families today.

Despite how hard his mum worked, the boy and his family still really needed free school meals, food banks, and support from neighbours to get by. It was an experience he would never forget.

It quickly became clear that he was an exceptional footballer, and he joined the Manchester United Football Academy when he was seven. He trained hard and did well at the Academy, coming of age during the final years of the decade.

IN 2015, HE STEPPED ONTO THE PITCH TO PLAY HIS FIRST PROFESSIONAL FOOTBALL GAME. HIS NAME? MARCUS RASHFORD. 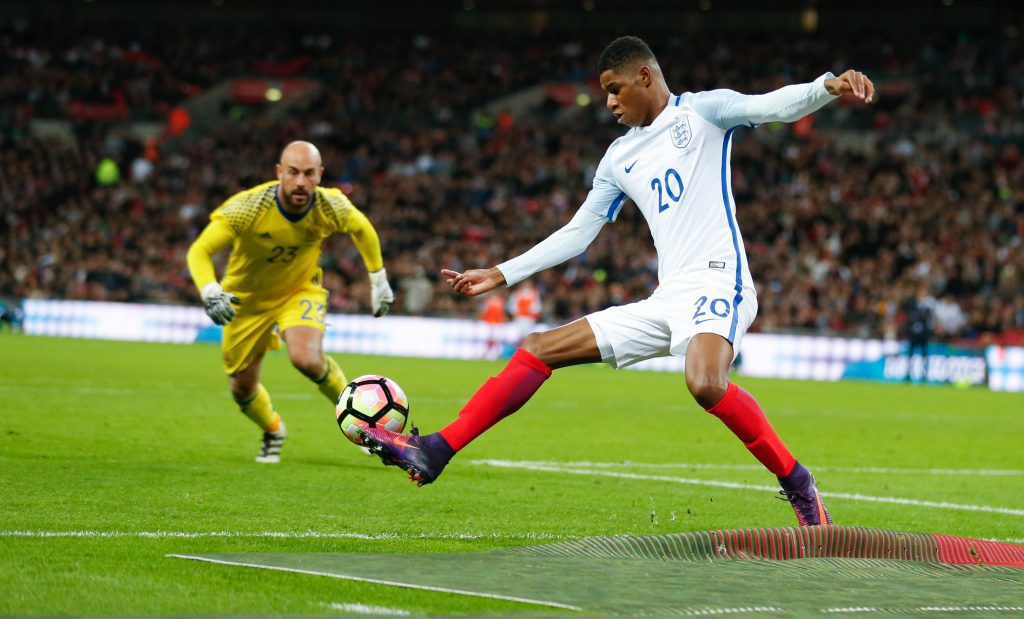 His success has been overwhelming. Rashford is now considered one of the best young football players in England. He can already boast playing in a World Cup semi-final, winning the League Cup, and the FA Cup.

He earns a reported £10 million a year, and has more than eight million Instagram followers. He later said, “I was overwhelmed with pride, not only for myself but for those who had helped me reach this moment.”

Marcus was injured during a match in January 2020 and needed to take a break. Two months later, the Premier League season was suspended amidst the COVID-19 pandemic.

ON FRIDAY 13 MARCH 2020, THE FINAL WHISTLE WAS BLOWN. FOOTBALL HAD STOPPED. 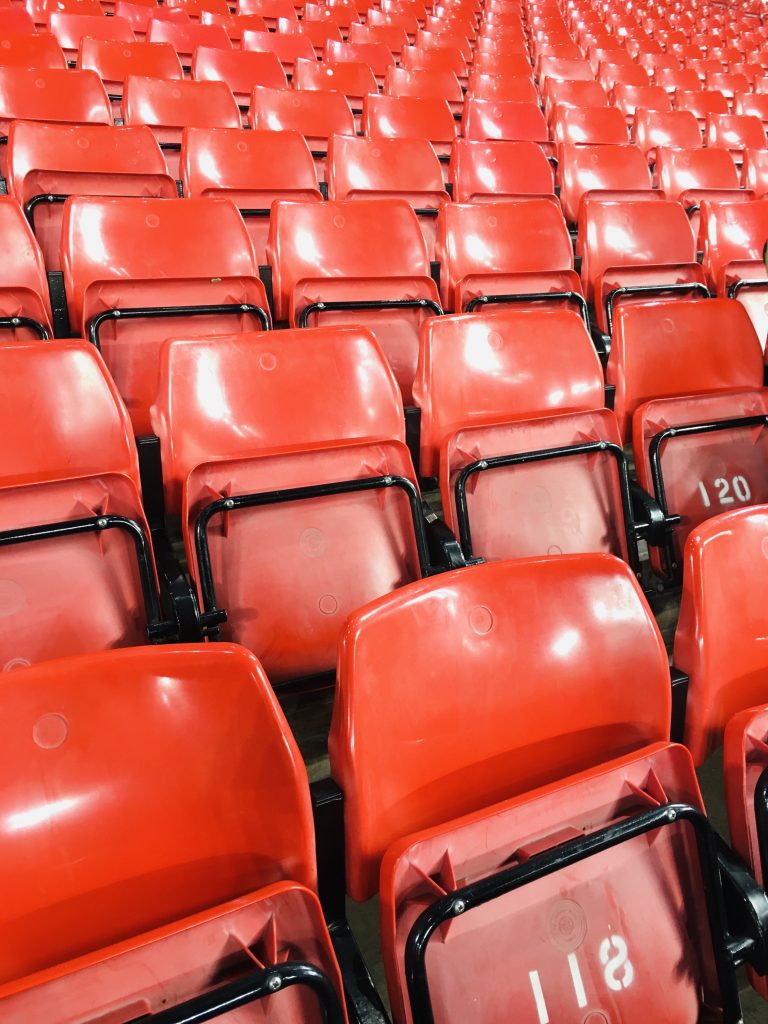 Everyone knows what happened next. On 31 December 2019, the Chinese government detected a new kind of virus. Over the next hundred days, travel would stop, businesses would close, billions of people would go into lockdown, and millions more would become infected.

In some ways, the pandemic created new problems. Some children became more vulnerable because the schools had closed. Education ended early for others, as they were pushed into a jobs market with uncertain prospects. However, in other ways lockdown exposed problems which already existed. It helped us see the issues that had infected our society more clearly.

Between 2010 and 2020 many parks, museums, and libraries closed. Thousands of food banks opened in their place. Almost two million people were already going hungry before the pandemic. Luckily, the free school meals programme is still going for children who need it. 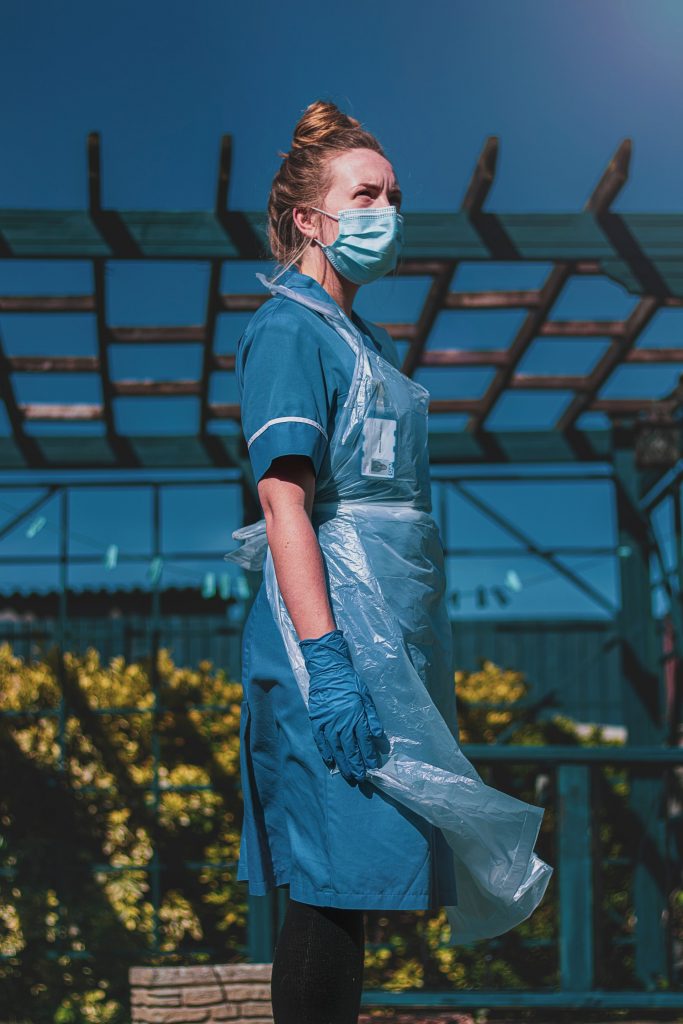 When schools were closed during lockdown, the government created a voucher scheme. This meant families who usually received a free school meal could still get help at home. But a big problem was around the corner: the summer holidays. Free school meals don’t usually continue into the holidays, which can be tough for some families. The pandemic only made things worse.

Many parents and carers were unable to work during lockdown. Lots were on casual contracts and weren’t earning anything at all. Some even lost their jobs. How could they feed their children with money even tighter than before?

People asked the government to continue providing vouchers throughout the summer, but it was announced that scheme would end in July. Organisations called Sustain and the Good Law Project tried to fight the descision in court. Some people started petitions, and one of them received over 250,000 signatures. The Food Foundation ran campaigns so that children wouldn’t go hungry. However the government stood firm.

Marcus Rashford had been watching this happen and remembering his own childhood. He thought that it wasn’t right for anybody to go hungry, and wanted to help other children like him. Using his popularity on social media, he wrote a letter to the government and published it online. In this way, his ‘open letter’ would gather momentum, and put more pressure on those in power. Rashford made sure that, like his football matches, this would play out in public with millions watching. He wrote:

“Without the kindness and generosity of the community I had around me, there wouldn’t be the Marcus Rashford you see today: a 22-year old black man lucky enough to make a career playing a game I love. Wembley Stadium could be filled more than twice with children who have had to skip meals during lockdown… This is England in 2020, and this is an issue that needs urgent assistance.”

Campaigners had already been working hard, and Marcus Rashford’s letter was the tipping point. As it spread across social media, it became clear that huge amounts of people agreed and the government reversed their decision.

Children who needed it the most would now be able to access extra food through the holidays. Things would still be challenging for lots of families but, thanks to Rashford and his fellow campaigners, it would get a little easier. In celebration, Marcus posted a tweet: “Just look at what we can do when we come together.”

Lockdown made a lot of things more difficult. But it also helped us see more clearly the value of family, and of security. Slowly, some things began to return to a sort of ‘normal’. But not everything will go back to normal, and some people think that not everything should.

Earlier this year, some people put up posters with a message that is still timely and powerful. The signs simply said:

“When all this is over, how do you want the world to be different?” 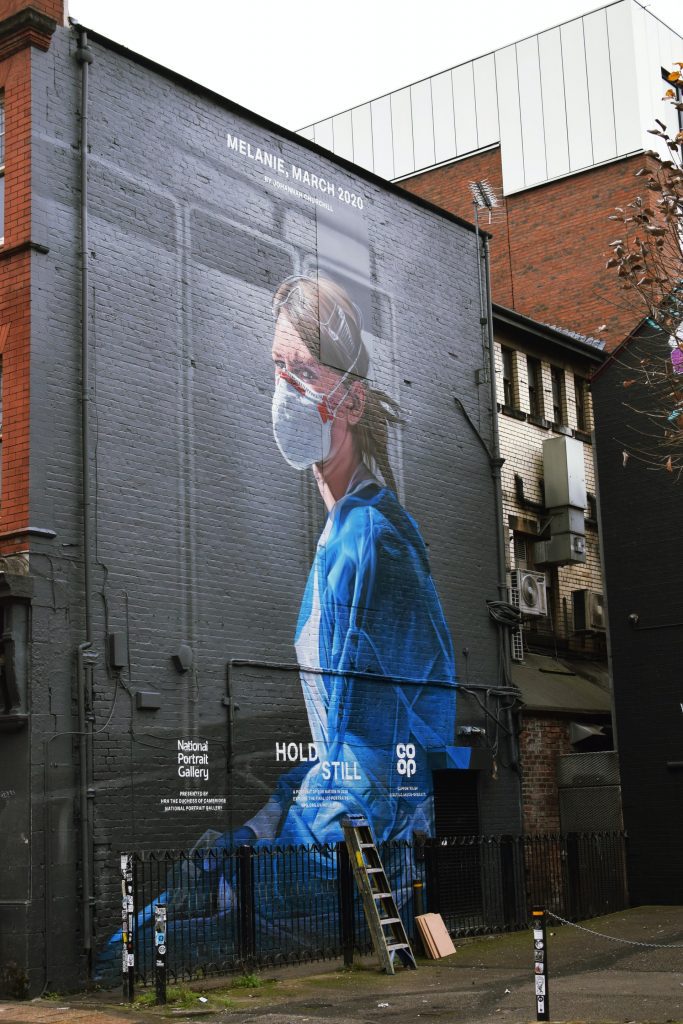 Austerity: A period of time where a country will reduce spending, usually because it is spending more money than it actually has. This can sometimes result in increased unemployment or cause businesses to struggle.

Food insecurity: When a person does not have reliable access to affordable and healthy food. This could be because of money worries, unemployment, or poverty.

Furlough: A government scheme to support people whose jobs were at risk because of the pandemic.

Pandemic: The spread of a disease across a large number of countries and people.

Universal Credit: A system in the UK to help people who have money worries. This can include people who are unemployed, have children to look after, or cannot afford a place to live.